Sometimes, it’s easier to understand how a complex system works by zooming out and thinking less about the details.

For decades, functional MRI (fMRI) researchers primarily looked for “task evoked” activity in the brain by looking for small deviations of the BOLD signal against what appeared to be a massive wall of background “noise”. The signal to noise ratio (SNR) of the task-evoked BOLD signal is small: only a few percentage points at 1.5 T, which is a major contributor to the reproducibility crisis in fMRI studies.

In 1995, researchers discovered that areas of the brain’s primary motor cortex seemed to have highly correlated BOLD signals with other regions known to be involved with motor output even when the person in the scanner was doing nothing in particular: they called this correlation analysis “functional connectivity”. At first, this “resting state” signal was met with a lot of skepticism in the community because, for many, a neurological phenomenon without a corresponding behavioral one is uninteresting noise. The research over the next two decades would find irrefutable evidence that the resting state signal is highly reproducible and that they form networks that have a tight correspondence with the regions identified in the task-based fMRI literature … without the issues related to reproducibility. To me, this was extremely exciting: the fMRI signal is both psychologically relevant and reproducible making it a signal from which to derive a meaningful psychiatric biomarker. 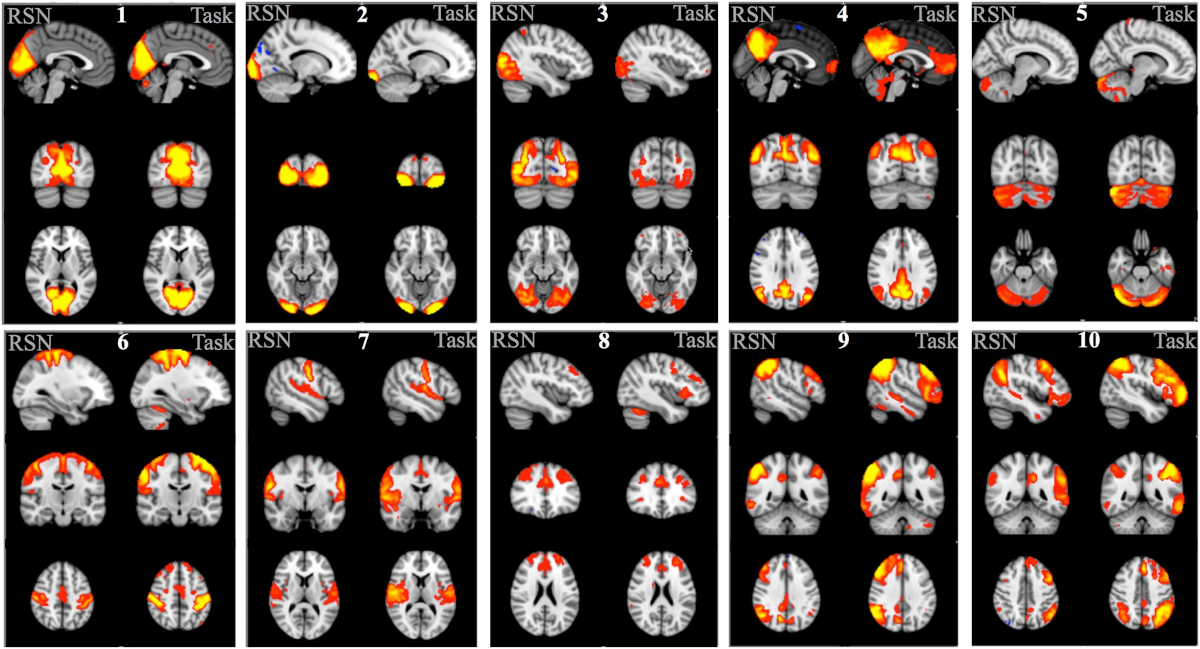 The first project I got involved in following this general direction was looking for a biomarker of cognitive decline in aging. In the brain, the “default mode” network is often associated with introspection, or the maintenance of the a gestalt representation of your own place within a broader context (both spatially and temporally). This paper is the best demonstration I have seen of this fact: Christopher Honey showed people narratives scrambled at the word, sentence, and paragraph level, and found that the default mode network comes more into play the longer the coherent temporal sequence shown to the participants. In contract the “executive control” network is associated with planning, action, and inhibiting impulses: it is associated with the kind of long-term planning that is responsible for the anthropocene, and its malfunction is associated with attention impairments and cognitive decline in old age. Interestingly, these two networks counteract one another, which was causally shown using (transcranial magnetic stimulation)[https://www.pnas.org/content/110/49/19944], which led some to believe that this push-pull mechanism between the executive control network and the default mode network was important for proper executive function.

The work I was involved in collected resting state and task-derived BOLD signals from older and younger participants to see whether there was a systematic difference in the functional connectivity between a set of default mode and executive control regions. The main result is presented below.

The results were unequivocal: older patients showed significant crosstalk between the two networks, whereas in younger people the push-pull dynamic was intact. It was the first time I used the resting state BOLD signal to find a biomarker of a psychologically-relevant trait.

Here’s the paper for more details.